Rrrring: The Sound of Social Connection 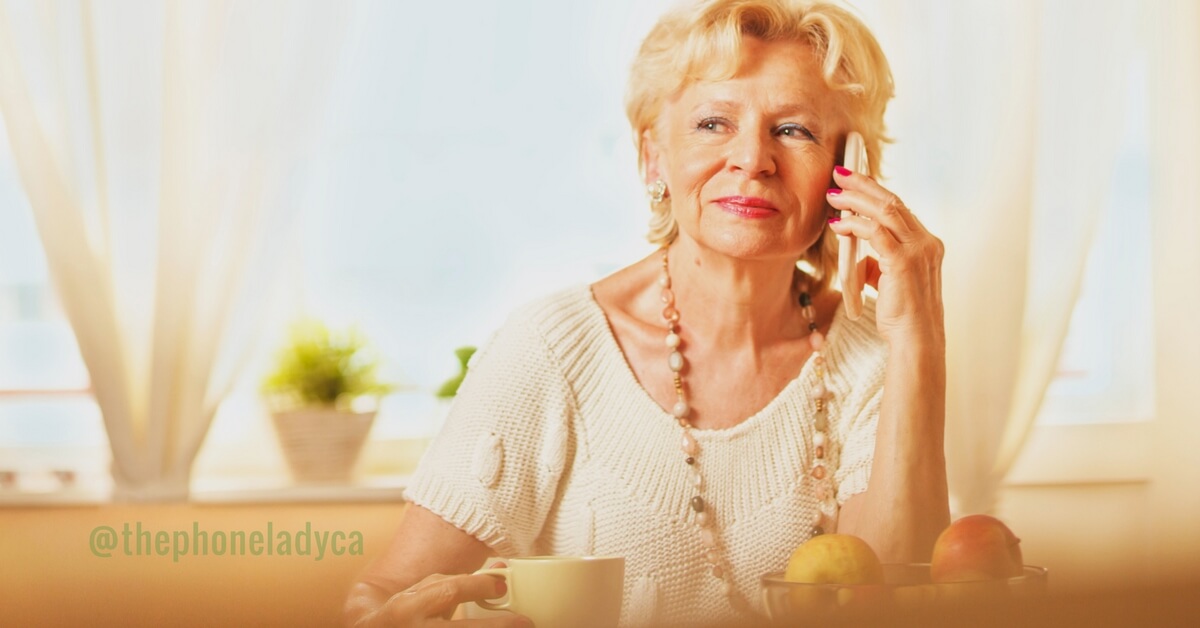 Over the past few years my husband and I have been witnesses and caregivers as his mom has navigated Alzheimer’s. One of the things that is abundantly clear, and supported by research, is the importance of social interaction to combat isolation and loneliness, both of which strengthen the impact of the disease. Enter the phone conversation … an easy and powerful way we can all be supportive.

What is the current research on loneliness and how can phone conversations help?

Earlier this month, Julianne Holt-Lunstad, Professor of Psychology and Neuroscience at Brigham Young University, presented research at a meeting of the American Psychological Association. Her findings indicate that loneliness increases the risk of premature death as much as smoking or obesity.

“With an increasing aging population, the effect on public health is only anticipated to increase. Indeed, many nations around the world now suggest we are facing a loneliness epidemic. The challenge we now face is what can be done about it,” Holt-Lunstad said.

Canada’s 2016 census data indicates that 28.2% of us live alone, the highest level in our history. This doesn’t mean all of these individuals are lonely or isolated, but certainly this will be the experience of a high percentage of elderly, whose friends have died or whose families live far away.

Holt-Lunstad  has recommended greater emphasis on social skills training for children in schools, and for doctors to encourage social connectedness in medical screening. And that all of us should prepare for retirement socially, as well as financially.

I’m going to add that we all need to give more consideration to the oft-neglected phone call.

My mother-in-law began showing signs of Alzheimer’s about five years ago but, still a firmly independent woman, she insisted on being able to make her own decisions. This left her in a small rural community quite a distance from family. As her friends died, or moved in with their families or other care situations, she became more isolated … and her symptoms increased.

We instituted the daily phone call. She was quite resistant at first. Told us she didn’t need “checking up on” and other similar phrases. But these conversations always contained a bit of news, a lot of laughter, plans for a visit or adventure of some sort. They made a difference.

And they still do. She’s living full-time with family  now but insists we stay connected by phone. The calls are a wee bit awkward, filled with discussions of the weather, the latest jigsaw puzzle, and lots of repetition. They also contain laughter, love and plans for a visit.

This level of social interaction is not available to us by email or text. It is in the sounds of our voices, the pace of our words, the back and forth of listening and response. Phone conversations do combat loneliness and isolation, for everyone, no matter what their age or circumstance.

Who will you call this week?

2 thoughts on “Rrrring: The Sound of Social Connection”