The Language of Following Up – Part One 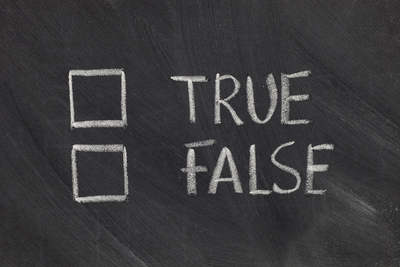 Early in April I received a sales call that caught my attention. It was from VoiceAmerica; they produce podcasts. In her voicemail message, the woman who called identified herself as a “producer” and used words that sparked my interest, i.e. discovered you, the research we’ve done, expand your audience, perfect fit, etc.

Now as many of you know, I don’t advise leaving your entire pitch in a voicemail, but this intrigued me. I’ll admit that her language connected directly to my ego and combined with my high level of interest in radio and podcasting. I felt special – chosen – and this sent me directly to their website.

A quick glance increased my interest and, even though the voicemail message mentioned something about filling out a form, I immediately returned the woman’s phone call. The time between her leaving me a message and my calling back to learn more was less than 20 minutes.

In sales today (well any day really), someone who returns your call in less than 20 minutes is a gift, something to be cherished and acted on as quickly as possible. Yet, to this day, I have never heard back from her or anyone at VoiceAmerica.

What does this tell me? Well, it certainly tells me that I’m not special. It indicates that every word in the original message was false. If the company had indeed discovered me, researched me or considered me a perfect fit, someone would have called me back. It tells me the company is not interested in relationship, only in revenue.

And herein lies the reason for you to be diligent about follow up. A lack or absence of follow up still says something about you and your intentions – and it isn’t positive.

The word follow derives from the Proto-Germanic full-gan, meaning full going and indicated a willingness to serve, to go with someone as an attendant. It soon evolved into expressing a wish to accompany someone in a disciplined way.

And isn’t that exactly what we want to do? Don’t we want to accompany our prospects on a journey of discovery  about our company and what we have to offer? And don’t we want to do it in an organized and disciplined way so that it easy for them to make the decision to work with us … or not?

The same day I received VoiceAmerica’s call, I had dinner with a colleague. She was aware of at least three other local business owners who had been approached by the company. Turns out they had accessed a membership list for the Canadian Association of Professional Speakers. Talk about not being special!

But I’ve certainly used membership lists as part of my business building activities, so that didn’t deter me. Later that evening I revisited the website for more information. Not surprisingly, I discovered that the producer’s use of the word “quality” may have been a bit of an exaggeration.

Enjoy your phone work everyone!

0 thoughts on “The Language of Following Up – Part One”