The Value of “Failing Spectacularly” 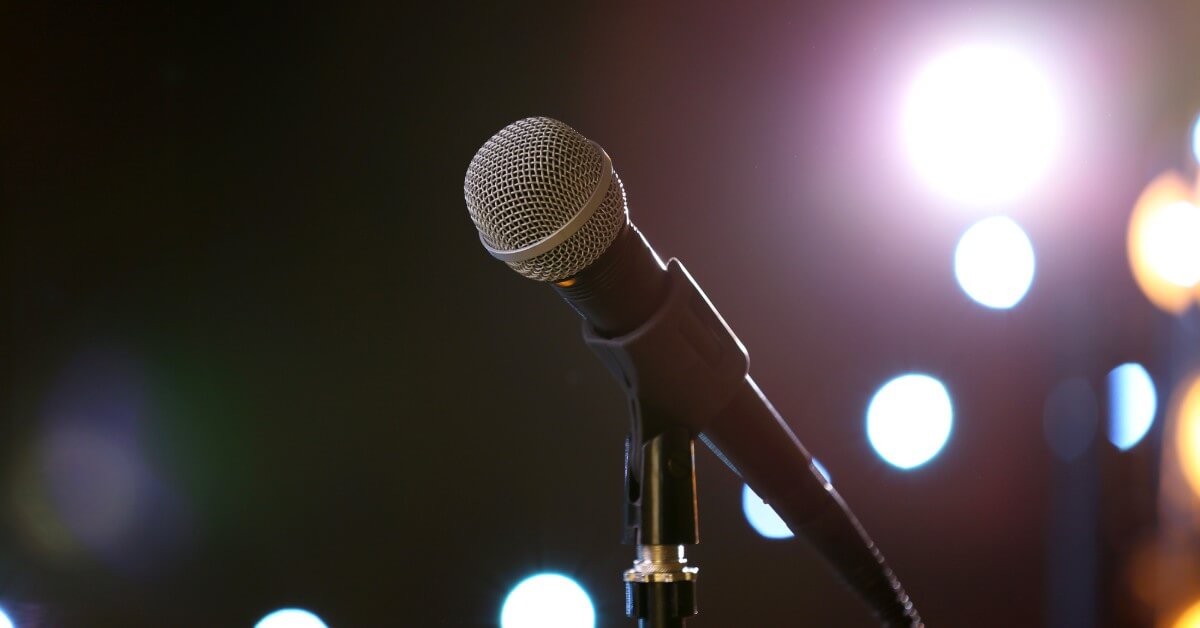 This past week I had the great privilege of spending six hours with five new business owners determined to increase their sales. At the end of our time together, they were prepared to connect with prospects and explore possibilities by inspiring great conversations.

They were all a bit nervous and fearful, as well. Would they succeed at engaging prospects or would they make so many mistakes they’d lose out on opportunities?

As we ended our time together, I reminded them that talking to strangers is hard work and making mistakes, as long as we learn from them, is how we continually get better at our work. We become successful with practice!

Which led me to a great story of success, failure and redemption sent to me by Donald O’Connor.

How did Donald go from success to failure? What did he learn along the way and where did that lead him? Here’s his story:

A local Yuk Yuks Comedy Club was hosting an Open Mic event and I wanted to try my hand at stand-up comedy. I spent weeks writing material and trying it out on my coworkers at Bell Canada. Their laughter was all the convincing I needed. I applied to be an Open Mic participant.

Once my application was accepted, I launched into an ad campaign at work. I sent out leaflets with all the details of my upcoming comedy event. On the big night, I sat in the bar and watched people stream into the club, feeling both anxious and excited. Unable to find the ‘Green Room’, I eventually went into the dining area where the stage was located. I found the table where 30 of my coworkers were sitting and joined them.

When the emcee stepped on stage, he announced that I was going to be the opening act … and then proceeded to tell crude jokes about me even though we’d never met. This surprise was matched when he called me on the stage and I appeared from the audience, having heard every unflattering word he’d said.

Unfazed, I launched into my act. I was prepared; I was confident; I owned that room. I gave my all for three minutes and it was glorious. Everyone laughed. In fact, I was even asked to get back on stage after the main act was finished and complete my routine. I entertained the audience for another hour. In short, it was the best evening of my life. It really felt like I was on my way to comedy stardom.

Soon afterward, I was getting calls from other clubs around the area to host their comedy events. My success prompted me to hound the general manager at Yuk Yuks for another gig. After several phone calls, he relented, giving me another date several weeks away. Plenty of time to prepare.

Then, life got in the way and I convinced myself that I could perform with little or no practice. I didn’t feel like rehearsing anyway. I did not share my funny stories with my colleagues. I didn’t even invite them to my second show. Why? I knew deep within myself that my lack of preparation was going to be a problem … but I still didn’t do anything about it.

When the day arrived, there were no friends at the club, no family. The emcee introduced me … and my comedy career crashed and burned. It was the most excruciating three minutes of my life. Once I finished, I hopped off stage and scooted into the men’s room to hide. The general manager stormed in and started shouting at me at the top of his lungs. He banned me from his comedy club forever! I had never felt failure like I did that night. It was humiliating … and it was my fault.

This is the lesson: I allowed other issues to overshadow my commitment to the comedy club, to their customers … and to myself. By not giving the necessary time to preparation and practice, I failed to deliver, not only the value I mastered my first time on stage, but the value I knew I possessed. I stopped preparing and rehearsing. I set myself up to fail … spectacularly!

Fast forward ten years. A local murder mystery theatre group was holding auditions for a new actor. I had the day off work and decided to explore my acting capabilities. I entered the auditorium of the theatre and waited in line with other potential actors. Some travelled great distances to try out. We were handed a short script as a guideline for our audition. I was excited; it was a thrill to be back on stage.

The audition was held in two parts. Twenty people were given roles and were instructed to be outrageous and over the top in their acting effort. Once assessments were made, four people were left, including me. The second part involved specific instructions from the director, and props were allowed. As part of this audition, I borrowed from the stories I used at the comedy club so many years earlier. Even the director and producer were laughing at my act.

As they say, to make a long story short, I beat out everyone for the one part that was available.

What’s the moral of the story? Don’t do comedy! No, seriously, comedy had little to do with my failure. I allowed my troubles to consume me. I was the one who didn’t practice, who tried to wing it. And I didn’t ask for support from friends, family and colleagues. For my theatre audition, I got out of my own way and used tools from my previous success.

Learn from every failure. Practice continually. Build on success.

Donald O’Connor is a speaker and consultant for the retail and hospitality industries. Discussions include employee engagement, customer service, customer experience, and more. Contact: @DonnyoSpeaks – donaldoconnorspeaks.com  He and I connected with on Twitter about five years ago. Since then we have created a friendship founded on our shared interest and passion in sales and communication. I’m honoured to be able to share with you some of his favourite lessons.

4 thoughts on “The Value of “Failing Spectacularly””