Two Phrases That Kill Your Business 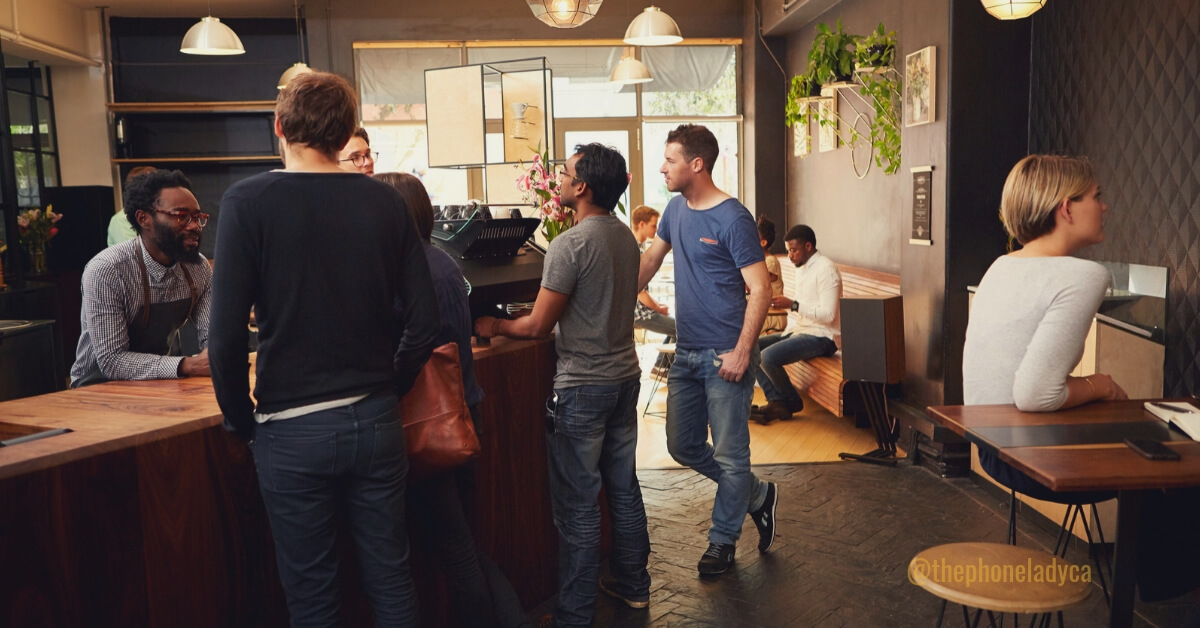 Living on the East Coast means winter is always a mix of snow, rain and ice. The order in which this precipitation appears, combined with the amount that arrives and whether the temperature stays above or below zero, can create incredible challenges for pedestrians, drivers … and customers. I recently found myself in a situation that reminded me: how we handle winter’s inconveniences says a lot about our values and can either gain or lose us business.

What situation did I find myself in? And what are the two phrases no one in our companies should ever say?

Wednesday morning I popped into a neighbourhood Starbucks on Kaye Street here in Halifax. The first thing I noticed was that it wasn’t filled with the usual buzz of conversation and crowded tables. Maybe what I’m about to share is a contributing factor.

I’m in this Starbucks fairly often and have gotten to know some of the staff, but on this occasion, everyone was new to me. I placed my order for a grande latte and moved to the side counter to wait.

A gentleman arrived and approached the cash. He pointed outside the Starbucks window and asked if it was possible for staff to clear some of the ice that was making it impossible to use the sidewalk. The young man behind the counter was already shaking his head “no” before the man completed his question. “It’s up to the city,” he said.

The man then explained, in a very warm, calm voice, that he understood, but there were many elderly people in the neighbourhood, some using motorized scooters, etc. Wasn’t it possible for the store to clear their part of the sidewalk? He had done it in front of his business.

The young man at the cash started to tell the man to contact the building’s landlord when another employee arrived from the back of the cafe. He had taken the man’s request personally. He was angry and aggressive. “It’s not our job,” he said. “We don’t get paid to do that.”

My heart sank. No one should ever utter these words to anyone in any place of business. I’ve been very fortunate in all my interactions with Starbucks, my first one going all the way back to the 1990s in Vancouver. This employee’s behaviour was 100% against the company’s brand. Not only that, this coffee shop has built its customer base as a neighbourhood meeting place. This has taken time and effort – and was about to be destroyed.

From the employee’s perspective, they had cleared by the front door, but much of the cafe is on Isleville and as I looked out the window I could see the thick layer of uneven ice, where a very few footprints offered evidence of how difficult it was to navigate. There’s no doubt clearing it would be a big, difficult job.  Rather than create a confrontation, the employee could have said something like: “Yes, we know it’s dreadful. We’ve been able to clear the front so far and are also in touch with the landlord to get some help.”

Instead, the conversation between the man and the employee continued to deteriorate. The angry employee thrust a gift card at the man and said, “You can call head office and talk to them. The number’s on here.”

The man with the query about the sidewalk looked at the gift card and was quiet for a moment. Then he raised his voice. “You are suggesting I need to call your head office about this sidewalk?” he said.

“We don’t get paid to do that work,” the employee insisted.

The man put the gift card down on the counter and left. I know he will never be back. And I know that he will tell many others in the neighbourhood who will also never return.

After he left I was still standing by the counter, latte now in hand. I couldn’t help myself; I had to say something. “It is about being part of the community,” I said calmly. Sparks flew in my direction. The angry employee told me he didn’t appreciate people coming in and shouting at him.

As I left, I realized I wouldn’t be back. I walked to my appointment nearby, noting how other businesses had found a way to clear all of their sidewalks. It confirmed for me that I couldn’t support a business that doesn’t understand its place in the community, or that hires people who don’t understand and represent their brand.

And while I didn’t take the time to phone head office, I am writing this post. I hope you’ll share it on social so that Starbucks hears this story.

17 thoughts on “Two Phrases That Kill Your Business”