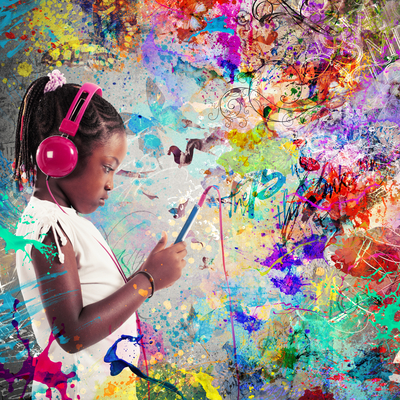 It is incontestable that music induces in us a sense of the infinite and the contemplation of the invisible. ~Victor de LaPrade

The 1931 IBM song “Ever Onward” was one of over 80 musical numbers included in the company songbook. It was performed at company conferences and workplace gatherings. And IBM trainees were required to sing “March On With IBM” while attending the company’s sales school.

I learned this a few weeks ago while driving to a workshop and listening to Terry O’Reilly‘s Under The Influence. The episode is entitled When Madison Avenue Met Broadway: The World of Industrial Musicals. It’s a world I knew nothing about and discovering it was … incredibly fun.

Companies such as Oldsmobile, Ford, Coca Cola, General Electric, American Standard and Ortho Pharmaceuticals created musical theatre with talent that included Bob Fosse, Chita Rivera and Florence Henderson – singing about quality salesmanship! (If you’re not already a fan of Terry O’Reilly‘s do check out his program on CBC and/or his podcast on iTunes. Each and every episode is a gem.)

One tidbit that caught my attention and has been following me around ever since is that in the mid-50s when IBM’s Thomas Watson Jr. decided that company songs and anthems had run their course, he discovered his employees felt differently. While the IBM classical symphony his father commissioned in 1936 may not have been everyone’s favorite, the staff derived motivation, joy and team spirit from … singing.

Which led me to this idea: What if music is the answer to the oft-asked question “How do I motivate myself to pick up the phone?” or “How can I stop procrastinating on sales?” While I’m not advising that you spend your hard-earned dollars creating a musical with top talent, perhaps you can invest a bit of time in finding yourself an anthem – a rousing and uplifting song that will put you in the right frame of mind to make things happen.

While my list is quite extensive, here’s two that get me moving:  Michael Bublé’s Feeling Good dispels lethargy instantly (even though the video’s a corny mashup of James Bond, Get Smart, Mission Impossible and The Man from Uncle!), and the 1983 classic from Canada’s The Parachute Club – Rise Up.

What about you? What will you choose as your anthem?

0 thoughts on “What’s Your Anthem?”